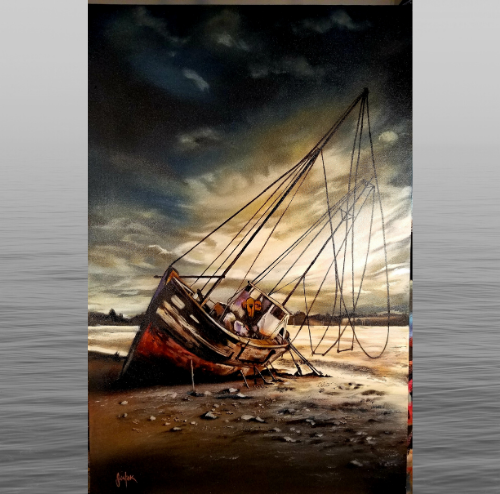 An event every week that begins at 1:00 pm on Monday, Wednesday and Friday, repeating until February 19, 2021

An event every week that begins at 1:00 pm on Tuesday and Thursday, repeating until February 18, 2021

John “Johnny” Swatek is a scholarly artist who truly loves the process of creation. Each thought evolves with a purity that reaches for great depth. It is a pleasure to watch this evolution of an artist in continuous search of visual honesty. Primarily self-taught, Swatek is the consummate student, breathing and talking art. Swatek breathes life into each work with a fierce, fervent intensity. Ever in search of simple honest realism through paint, canvas and light. Swatek is proficient in pastels, ink, watercolor but he expresses his mastery in oils.

John J. Swatek was born in Cheyenne Wyoming in October of 1963 and was raised in Southern California. Swatek studied art in high school, continued on through college then went on to spend the next twenty five years trying to grow as an artist. In the beginning Swatek used airbrush almost exclusively. After eight years Swatek added the use of traditional hand brushes to give more character and dimension to his work. Swatek spent many years pursuing his passion for the human figure. Swatek continues to study and advance the complexity of his work. Swatek lists his influences as Michelangelo Merisi daCaravaggio, Norman Rockwell, as well as, Leonardo da Vinci. Swatek moved to South Dakota the year of 1992 and now calls Avon, South Dakota his permanent home.